Paula Deen and Other News 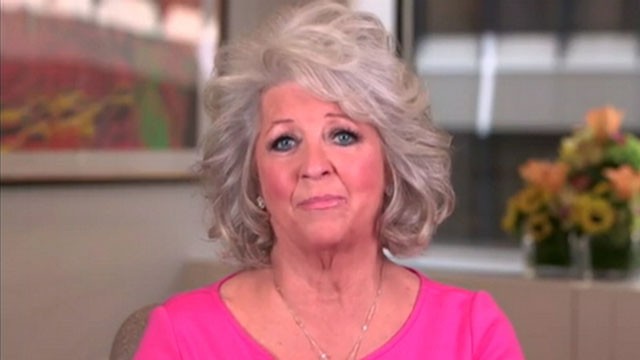 Paula Deen is in the news today, but not for a new recipe, cookbook or for her health. She is being sued by a former employee for using derogatory language. Her showed is being dropped from the Food Network at the end of the month when her contract is up, due to something that she admitted in an interview about something that happened several years ago. She has apologized publicly and says that she is looking forward to her day in court over the lawsuit, but I am sure the media will destroy her career and possibly that of her sons as well over this.

What she admitted to was the use of the "N" word and racist slurs several years ago after being robbed by an African American man while she was a bank teller. My first thoughts when I heard the news story was she was raised in southern Georgia and I am sure that words like that were used often and were she probably didn't think about what she said if she was upset about being robbed. I have accidentally cursed before when something unexpectedly happened and then regretted it later. I believe that as someone in the public eye, she should not be punished like this over something that happened before she was on the network. I feel that we need to look at our own lives and let others make mistakes without crucifying them for their actions all the time, after all they are human.

The "N" word is very controversial anyway as it is considered racist when a white person uses it, but it is used in rap songs very often and widely accepted in the music world as well as in the African American communities. It is a word that might have had a derogatory tone to it at one time in history, but I believe that it is a part of history and racism is a part of our history and we need to realize that and realize that some words might not be a part of our daily language, but could be used by someone and not considered to be wrong.

Edward Snowden, another name that is widely known now, is being charged with espionage charges. I am not quite sure where I stand on this issue. I believe that we, as American citizens should have the right to talk to who we want without having our conversations recorded without our knowledge and I believe that he done a good thing by bringing this out in the open although I do see the risks that he could have put us in. I know that this is the governments' way of keeping tabs on terrorists activity, but I also see it as a fringe on our rights. As a citizen, I feel that our rights are slowly being taken away and that the government is using these excuses for doing it to make us feel that it is alright that they take the rights away.

I also wonder what else they are doing that we do not know about and that might affect us later. I know that this has brought several topics up in conversations that I have had with others. "Big Brother" might just be getting too much information and using it against us in ways that we don't want them too. Personal conversations are just that personal.

Espionage is being conducted each day on Americans by our own government and yet, the man who leaked the information as to what the government is doing is being charged with it. I am not sure that I agree with these charges, but I do feel that he possibly put us at greater risk for terrorist attacks. Maybe , as a country, we need to make some changes to our policies in letting others from foreign countries into our borders and enforce some stronger laws on those who enter illegally.

These are strictly my opinions on what I am hearing about and I know that some will agree and others will not, but that is what makes our country diverse and interesting is that we are allowed to voice our opinion and it is okay that others do not agree with us.